Shadows of Montsegur, A Tale of the Cathars 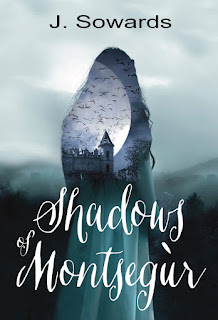 A religious people are pursecuted for their belief, driven from their homes, and must run from an extermination order issued by those who fear them.

Sounds all too familiar.

There is truth in the saying that history repeats itself.

The year is 1144. Andreva de Beringer is joyful upon her uncle’s summons to leave the abbey in Toulouse, where she is novice, to care for her grandmother, but she arrives in Lavelanet to find a village gripped by the turmoil and terror of the Inquisition. While Andreva strives to hold on to her family, her faith, and her love, all around her Good Men (believers in the Cathar religion) must fight for the same—as well as for life itself.

In the right place, but at a dreadfully wrong time, and under the wrath of the Inquisition, might this faith-filled but naïve girl be forced to witness the massacre and burning of every Cathar man, woman, and child, and also lose the young farmer she loves?

The venturesome reader, students of history, and those who cheer for the rights of mankind can learn from this seldom-told tale of medieval history at its darkest.

Is this so different from what is happening to our religious freedom today?

Available at Amazon and your favorite digial ebook sites.

Posted by Joan Sowards at 8:36 AM No comments: