Big in Japan by Jennifer Griffith


A story of an overweight Texan guy who’s a nobody, walked on by others, and invisible in his job and in love. He goes to Japan and accidentally becomes the first blond sumo wrestler.

Release date for Big in Japan is July 28th.
Jennifer Griffith will sign copies at Weller Books in Trolley Square in Salt Lake City, Utah at 6:00 p.m. that same day.

Big in Japan is also available in bookstores nationwide, through online booksellers, and as ebook.


Thank you, Jennifer, for appearing on my blog today! Our title for this interview is, "Don't Write What You Know." Can't wait to hear about the meaning behind it. (And yes, folks, she is as pretty as her picture shows. No need for a glamour studio!)

Thank you for letting me be your guest blogger today! It’s an honor.

Why did you write a novel about a blond sumo wrestler? 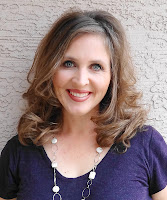 Do you remember those skits by Monty Python, “And Now for Something Completely Different?” You probably wanted something completely different on this blog today, so here’s a post about sumo wrestling!

Is that all there is to it?

Ah, but my friends, it is much, much more!

Sumo is the national sport of Japan. It’s of ancient origin. Only men are allowed to compete. Foreigners have been part of sumo for almost 100 years, and the current champion is foreign, as was his predecessor. There are about 1000 men who are in the pro ranks, and there are six levels that a competitor must climb through (or shove through, actually!) to get to the top tier. There are six tournaments a year, three in Tokyo, and three at other locations in Japan. The winner of a tournament receives The Emperor’s Cup, a huge silver trophy I couldn’t lift if my life depended on it.

There aren’t any weight classes, so the biggest, heaviest guys compete against everyone else in their level. It pays to put on weight! And having good balance can help a wrestler (rikishi) win, even if he’s lighter than his opponent.

The rules are simple. To win a match, a Rikishi must force his opponent out of the ring or make him touch the ground with any part of his body other than the bottom of his foot. Matches are super intense, but they only last a few seconds. The power of these giants is just incredible.

Where can Americans go to watch sumo wrestling?

Lots of matches are available to watch online.

Some of us eat sushi at restaurants called “The Happy Sumo,” but there’s a darker side to the sport. In recent years some incidents of hazing and bout throwing have come to light, and there have been scandals that have rocked the sport and disillusioned some fans.

Now, I did live in Japan for a year and a half (LOVED it!), and I did see a sumo wrestler in a train station one time in Tokyo, but I didn’t know much about the sport until I started researching it for my newly released novel BIG IN JAPAN.

So, what is the meaning behind, "Write What You Don't Know"?

For this book, I didn’t follow the advice of “write what you know.” Heh heh. I’m a 5’1” girly girl mom of five who lives in the Arizona desert. (Although I do love Japan and wanted to take readers on a virtual tour of it.) Instead I followed the rule “write what you want to know.” I wanted to know more about sumo, thought it was so exotic and readers might want to know about it too.

It could turn out to be BIG!

Thank you so much, Jennifer, for the interview!

Jennifer Griffith is the author of four novels. BIG IN JAPAN is published by Jolly Fish Press and is available at bookstores nationwide and online. It is also available as an ebook. Find her on Facebook and Twitter @GriffithJen.