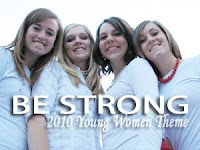 My 2010 Young Women Scripture theme song is now on my website at http://joansowards.com/BeStrong
You are invited to come listen and print the sheet music at no charge.
I write a song each year--using the assigned scripture word-for-word--as a way to make easier for memorization. Dana Tollefsen did a great job singing.
Posted by Joan Sowards at 9:33 AM No comments: 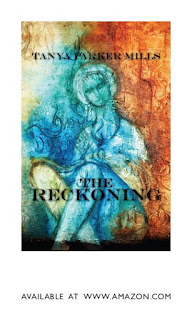 This week I am featuring The Reckoning by Tanya Parker Mills. This great novel was a finalist in two categories for the Whitney Award, and won the 2009 Indie Book Award for Multicultural Fiction.
When journalist Theresa Fuller is captured inside Iraq in August 2002, and imprisoned by Iraq's secret police, visions of her childhood in Baghdad begin to haunt her. Tormented by the relentless Colonel Badr, she only finds relief in her growing attraction to Tariq al-Awali, the Iraqi captain who took charge of her capture. Before American bombs begin to fall, Theresa must find a way to escape the cruelty of an oppressive regime and save those she cares for most.
You can purchase The Reckoning at Amazon.com, and an eBook version is also available on Kindle.
Here is the link for the book Trailer for The Reckoning by Tanya Parker Mills, a novel of mystery, love, and betrayal set on the eve of the U.S. invasion of Iraq. Winner of the 2009 Indie Book Award for Multicultural Fic...
http://www.youtube.com/watch?v=awRkdBpsZUE
Posted by Joan Sowards at 7:57 PM 3 comments:

Chase McKay Didn't Get Up Today 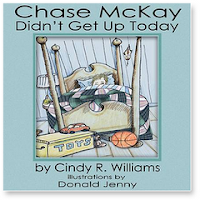 All can relate to this fun tale about Chase McKay not wanting to get out of bed. Fun artwork, and its lyrical text speaks our own sentiments of that daily task and shows the consequences when procrastinated.
I loved reading Chase McKay Didn't Get UpToday
Order your copy at
http://www.amazon.com/Chase-McKay-Didnt-Get-Today/dp/0981581404
Posted by Joan Sowards at 2:27 PM 3 comments:

It is a fun story!

The perfect day. The perfect marriage. The perfect groom. WHAT COULD GO WRONG? Caitlyn has been preparing for her perfect wedding all her life. But when her fiancé abandons her at the altar, Caitlyn vows she’ll never love again. Going to BYU doesn’t make that easy, however, and avoiding all social contact can only last so long. When her bishop calls her to be the “mom” of her family home evening group, Caitlyn is suddenly thrust into surprising circumstances that leave her flustered with the attention of two unwanted suitors. Travis, the FHE “dad,” has plans to woo Caitlyn by using his cowboy charms, while Chase has his own ideas for dating her. Will Travis or Chase change her mind about love? Or will it be déjà vu? Follow Caitlyn through all the flirtatious looks, dates, ex-girlfriends, and unexpected surprises. Altared Plans is a light-hearted romance that is sure to please.

Posted by Joan Sowards at 7:38 AM No comments: