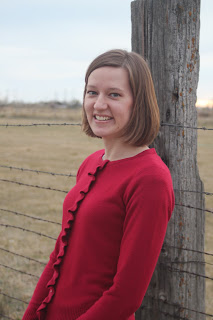 Author A.L. Sowards author of Espionage interviews me on her blog. Come visit!
Posted by Joan Sowards at 8:28 PM 1 comment:

Friend Tina Scott and her sister traveled to Denmark where their father had served as a missionary many years ago. Now Tina wants to share what she learned about traveling in that unique country in an ebook titled Surviving Denmark.

So, Tina, why did you write a travel book about Denmark? 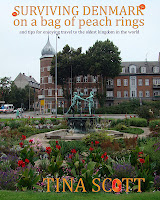 Surviving Denmark has three purposes. I wanted to entertain readers with some of my experiences, share things I learned about being prepared when traveling, and rate the places we stayed and the sites we visited.

How exciting that you had the opportunity to travel to Denmark. I was there  thirty-eight years ago. That's before you were born! ;-) I bet it has changed since then. Give some good reasons why a person should buy Surviving Denmark instead of a more popular travel guide?

Surviving Denmark isn’t intended to replace books such as The Rough Guide to Denmark. I wrote it as a personal accompaniment. The Rough Guide is full of useful information, but there are hundreds of places listed, and all un-objectively. It’s like reading a textbook, and because none of the places are rated, it’s hard for a novice to know which sites to choose for a vacation. 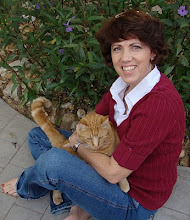 What if I’m going on vacation somewhere other than Denmark? Would your book still help me?

I believe that many of the travel tips in Surviving Denmark can be used for any vacation. Some, of course are specific to Europe.

As we all know, the economy is pretty tight right now. What if readers can’t go on an expensive vacation?

Because of the travel experiences and the pictures are included, I think readers will enjoy Surviving Denmark even if they aren’t traveling to Denmark or Europe. Plus, I’ve heard that cyber-vacations are becoming more popular these days.

Here’s the link to buy this great travel book for a reasonable price. Bon voyage! I hope to see you all in Denmark!

The Switch by Heather Justesen 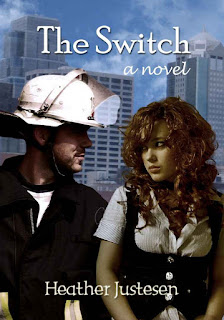 You can get another great novel by Heather Justesen on Amazon!


Tia Riverton never thought cooking on the noon news would land her in the hospital, but a severe allergic reaction does just that. Her mom’s hysterics over her brush with death lead to blood tests that reveal Tia is not her parents’ biological daughter after all.When paramedic firefighter Danny Tullis responds to Tia’s allergic reaction, he feels a tug of attraction right away. When he keeps running into her and her little girls, he can’t get Tia out of his mind. Despite their mutual attraction, the war widow isn’t ready to fall into his arms, but he’s not about to give up. Facing the fact that the family she grew up in is not her own, Tia searches for her real family, and for answers to how the switch happened in the first place.As Tia and Danny keep searching, the truth about Tia’s past is revealed, and Danny shows Tia that life, and love, are better when they work together.

Posted by Joan Sowards at 1:37 PM No comments:

Three of My Dearest Blessings 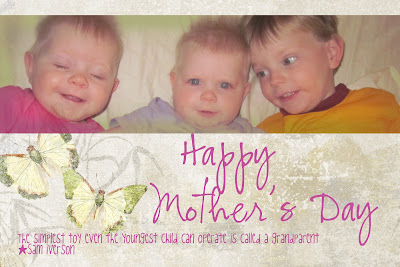 There is no greater joy than family
Gathered together on this special day
All united in love, hope, and purpose
All valiant in the Faith and
Holding to His eternal promises.

Posted by Joan Sowards at 8:06 PM No comments:

LDStorymakers Conference was this weekend in Provo, UT. Fantastic! Great classes, good food, good company. Thank you to all who made it such a success.
Posted by Joan Sowards at 9:48 PM No comments: