Interview with Jordan Arey, Author of Powers of Influence 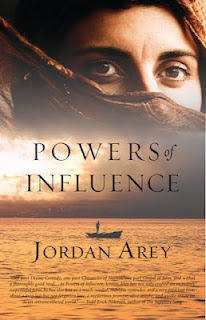 Today I am honored to interview author Jordan Arey, whose first novel Powers of Influence is scheduled for a November release.

This a great description from the front cover:

“One part Divine Comedy; one part Chronicles of Narnia; one part Gospel of John; and withal a thoroughly good read... In Powers of Influence, Jordan Arey has not only crafted an incredibly suspenseful fable, he has also lent us a much-needed, indelible reminder, and a very prescient hint, about a long-lost but not-forgotten love, a mysterious promise, alive maybe, and awake inside an as yet unremembered world.” — Todd Erick Pedersen, author of The Sapphire Song


When John wakes on the shores of Caprecia, he realizes that something is terribly wrong. Having been discovered and awakened by kind and caring strangers, he comes to find that not only is he nearly paralyzed and unable to talk, but his memory has failed him as well.
“A sense of near panic started to well inside of me. I began to feel helpless in my motionless and speechless state and, if this wasn’t enough to cause desperation, the next realization was. Despite the two unfortunate facts that were presently causing such anxiety in my heart, there was an additional reality that struck me as far more unsettling. It was at that moment that I realized I had no idea where I was. Far worse than this was that I wasn’t even sure of my own name. I couldn’t picture in my mind any event except what I had just seen, and I soon came to find that I had no recollection of anything at all.”
Eventually overcoming the phenomenon that left him physically impaired, John learns from those who take him in that he isn’t alone in his strange circumstances. Confronted with the truth that everyone around him is as lost as he is, John strives to regain his identity and the connection he has to the face of a woman seen in his dreams. However, finding himself in a colony of supposed shipwrecks fraught with the danger of impending war makes his search no small task.

Tell us, Jordan, why we should read Powers of Influence. 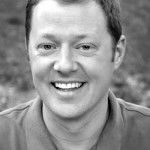 Powers of Influence is an intriguing and suspenseful tale about the search for personal identity, growth, and the power of love. With these elements forming the backbone of the story, it makes for an interesting read, but the novel reaches beyond its plot. Powers of Influence is literary fiction, and its greatest value is in the many parallels and metaphors that speak of the truthful aspects of our lives. It's not only a good story, it's a dissected study on human existence, one meant to expand the understanding of life's mysteries.


Yes, it is a good story. When did you start writing?


I started seriously writing in my last year of high school. If someone had approached me much earlier than that and told me that I would aspire to be a novelist, I would have doubted their foresight. But I had a teacher, Mrs. Bullock, in my junior year that helped me realize that I had a bit of talent when it came to writing, however raw it may have been. I started writing mostly essays about topics for which I was most adamant. Few of those have actually endured, but they helped me establish my voice. In fact, it was during this same time period that the beginning of my book began. It was a lot different and very much a work in progress then.

Hurrah for great teachers! Every aspiring writer could benefit from a mentor.
So, what are you working on now?

I've started my second book. It's going to be called The Departure. I also have ideas for two more after that. We'll see how the order of events work out. The Departure might end up being my third. Depending on how Powers of Influence does, there might be a sequel, and then I would have to focus on that. I actually started it before I started The Departure. The name of it is The Advocate, but I had to put it on the shelf for now.

How do you come up with ideas for your books?

All ideas I get for my writings, short stories and novels alike, are spurred by the matters or topics that I think about most. I find that I always have to have something to ponder, something to mull over in my mind. When I do, sometimes stories come from it. And the matters I think about most are the paramount questions every inquisitive soul asks: who am I, why am I here, what is my purpose, where am I going.

My hope is that the majority of people would like my book, even if they don't understand all its implications. However, those who would enjoy it the most are those who like a story that makes them think, that makes them wonder and contemplate the greatest and most important truths of life.

What is your favorite aspect about writing?

My favorite thing about writing is that you can speak of things that are difficult to articulate, and I mean particularly in regards to story telling. The greatest Teacher of all used parables to relate aspects of life that were above the reach of spoken or written language. It seems ironic to say that when we're talking about writing a “written language”, but the point I mean to make is that most things are best understood through experience, and the value of writing fiction is that it allows the mind to take over and comprehend truth conceptually, without the limitations imposed by English or any other language.

Thank you, Jordan! We will look forward to the release of Powers of Influence. And best wishes for its success!

I will review Powers of Influence next week.