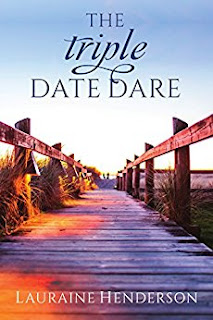 Triple Date Dare is Lauraine Henderson's debut novel, and a great story for being her first! The author lives in Oregon, and I met her round about way. My son called and asked if I could go several miles to pick up his friend and her bicycle (in my little Prius) and bring them to the Mesa Arts Center for a concert they were producing. We jammed the bike into the car, and then had a lovely discussion on the way to Mesa. Amy told me her mother had written a novel and asked if I would like to read it. I'm glad I did!

Laura Nelson is a cute and quirky young mystery writer, working on her second novel. She goes to an Oregon beach house, owned by her sister-in-law's parents, for peace and quiet and lots of writing time. She finds everything but.

The village of Sunset Bay has a lot of interesting characters, and Laura keeps up with all of them, especially the handsome police officer, David Harrington, who she continually keeps off-balance.

Triple Date Dare is a contemporary, inspirational tale of redemption and romance. Laura's past life comes back to haunt her as she tries to leave it all behind and make a better life for herself.

Officer David Harrington has a dark past of his own. He's sworn off women to keep his privacy. Any girls who might hint she would like to date him, he accepts, but he has a devious "triple date dare" plan that, up until Laura Nelson moves to Sunset Bay, has been successful in scaring them off. But for some reason, spunky Laura is tough enough to endure through his rigorous dates, confusing him, and leaving him falling for her. 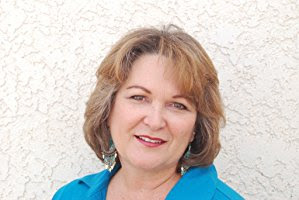 The Triple Date Dare is fun, clean, and romantic. It made me long for ocean waves and beach villages. So, as my tradition, here is an excerpt from page 20. The police have come to investigate why the lights are on in a closed-up summer home.

[The police officer] stepped closer, and Laura caught a whiff of his musky cologne.

“Go get the ID, and put on some clothes. I’m taking you down to thestation for questioning.”

“I have clothes on!” she countered as she looked down at her pajamas.

“Well, at least enough for what I was doing,” she muttered quietly
as she put her foot on the first step to go upstairs.

Having a temper tantrum probably wasn’t the way to handle this,
she thought. He made her feel like a little kid, except when she got a whiff of his cologne. Then she felt all woman.

“You can tell us all about it down at the station. Get going.”

Suddenly Laura turned to face David again. “This is ridiculous. I


have permission to be here!”