First review of The Star Prophecy 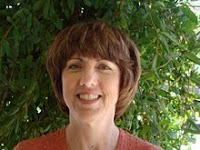 Tina Scott has posted the first review of the Star Prophecy on her blog, "Totally Tina."

"Mrs. Sowards tells the account of Enoch and his friends as though intimately familiar with the era, and weaves her tale through both the Book of Mormon and the New Testament’s scriptural accounts of Christ’s birth in such a way that, as a reader, I was convinced it could have happened just as she told it."

Come and read her impressions of The Star Prophecy.

Buy The Star Prophecy at LDS bookstores and Amazon.
Posted by Joan Sowards at 8:10 PM